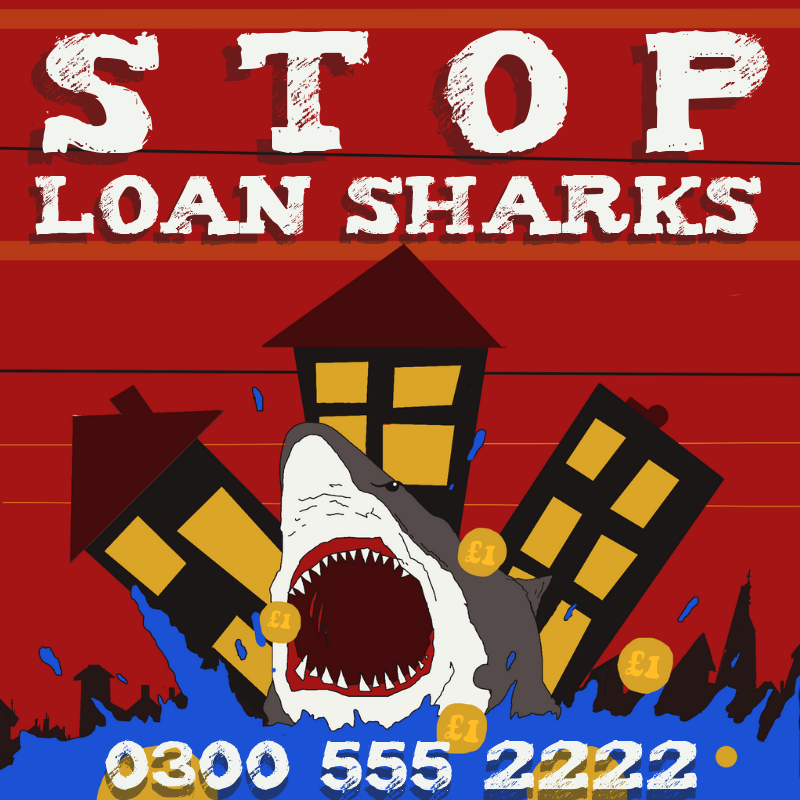 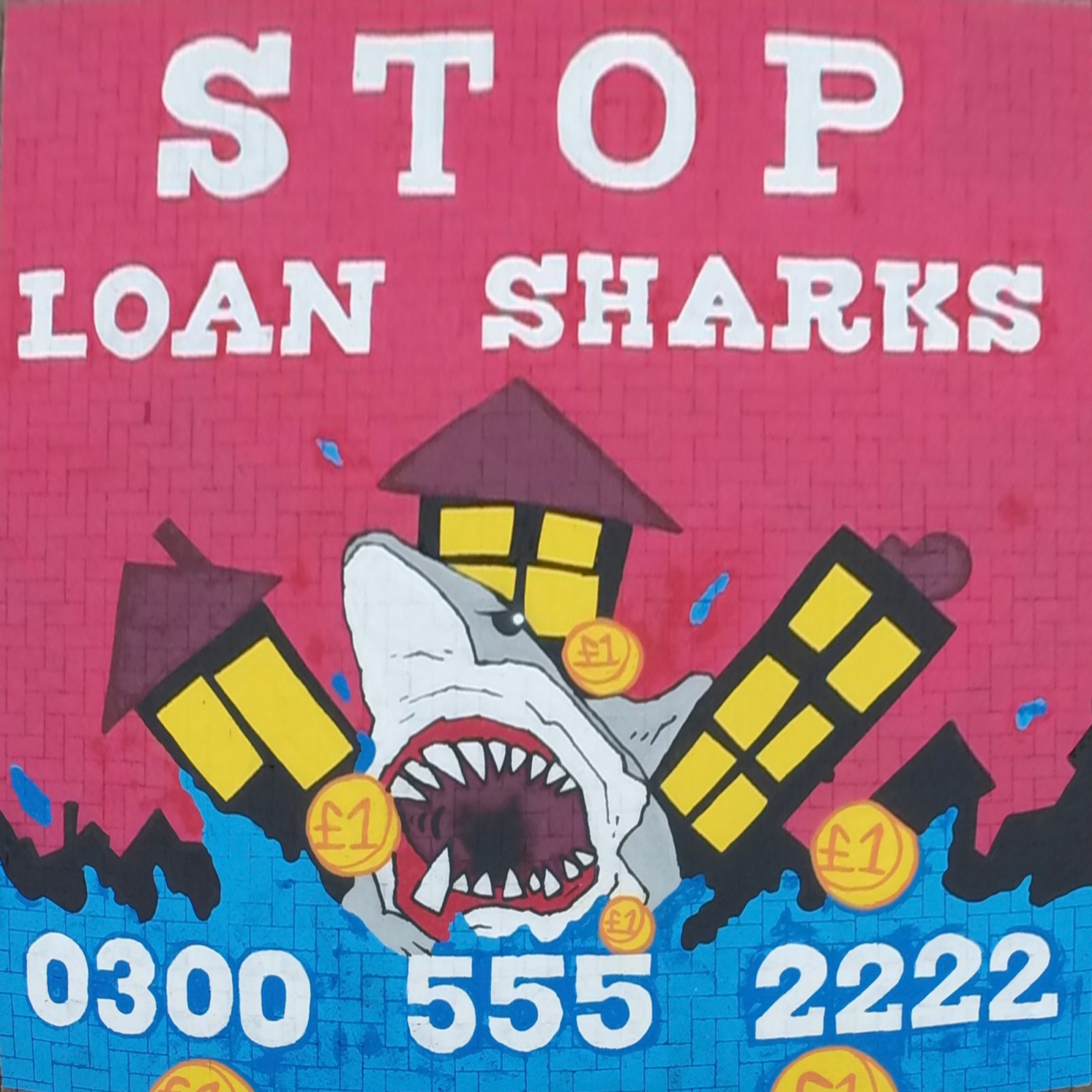 What was the project?

Our sister company Mako Digital Arts CIC received funding from the Illegal Money Lending Team as part of the Stop Loan Shark project to help raise awareness in the Halton area about the dangers of Loan Sharks, and what support is available for those affected. It’s estimated that over 3,000 households are affected by debt from Loan Sharks. By using funding taken from Loan Sharks that had been caught and arrested, they began their awareness campaign.

This project was by done in collaboration with Schools in Halton, in particular from Runcorn & Widnes. Mako Digital Arts CIC went to three primary Schools; Halton Lodge, Widnes Academy and St.Michaels. During their time at each school, they worked on teaching the young people how to make digital posters, which were designed to raise awareness about loan sharks. After receiving a multitude of amazing designs from each primary school, they were then passed onto Kieran of Zap Graffiti to collaborate/incorporate ideas from all of the young peoples’ artwork, into one large mural piece.
Below is a video showcasing some of the digital posters:

On Saturday 12th October, painting began at Widnes Market as the final design for the mural had been approved. The mural was created as a community piece with members of the public, old and young, invited to join in the painting. Whilst this was the main allure, there were other activities such as; Meeting Sid The Shark, Colouring in Loan Shark themed sheets, Draw your own Loan Shark poster (which also had a prize) and free gift bags with advice from Halton Credit Union. Cheshire Police and the Stop Loan Sharks team were also on hand.

If you or anyone you know is affected by a Loan Shark / Illegal Money Lender, then know there is support. Nationally, Illegal Money Lending Teams have secured more than 390 prosecutions for illegal money lending and related activity, leading to nearly 480 years’ worth of custodial sentences. They have written off £74 million worth of illegal debt and helped over 29,000 people.
Call 0300 555 2222 to place an anonymous report or visit www.stoploansharks.co.uk 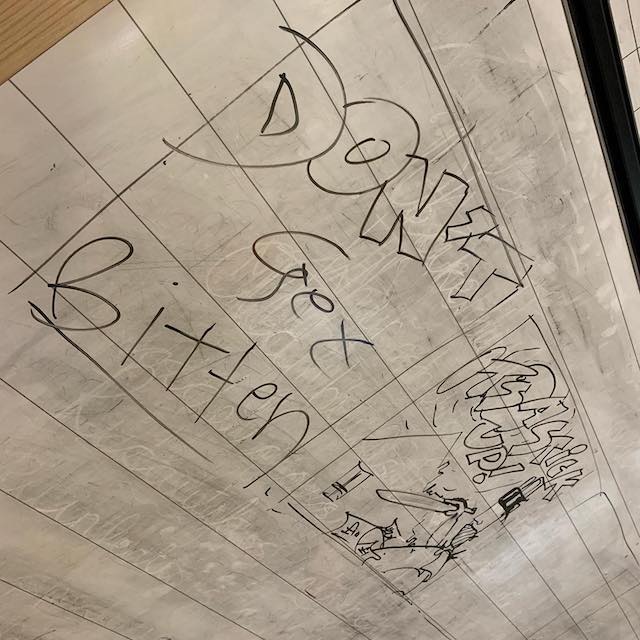 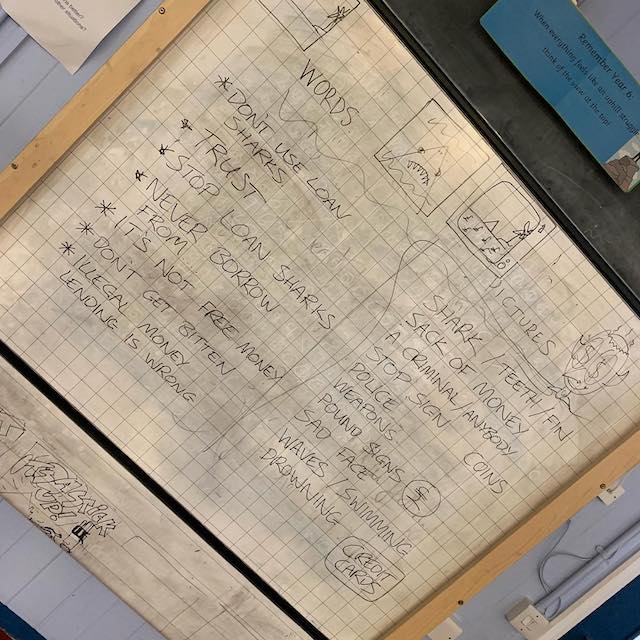 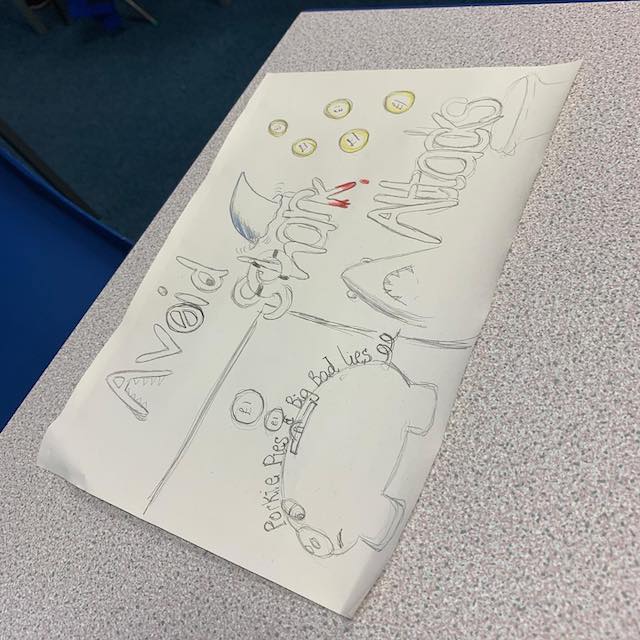 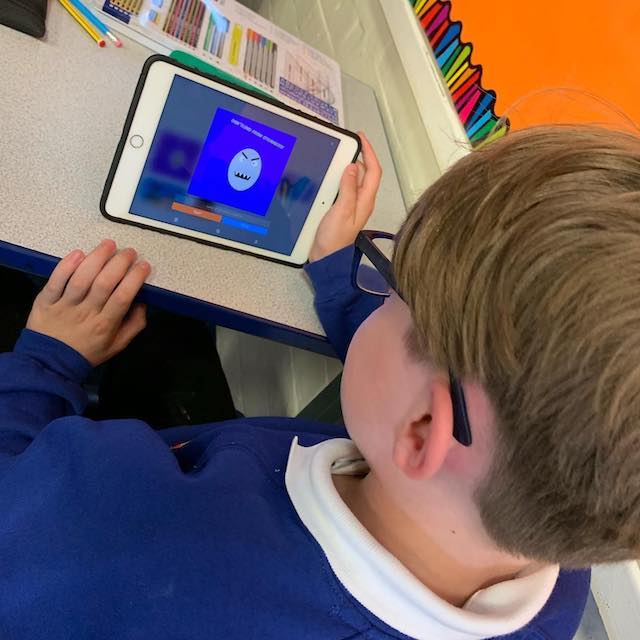 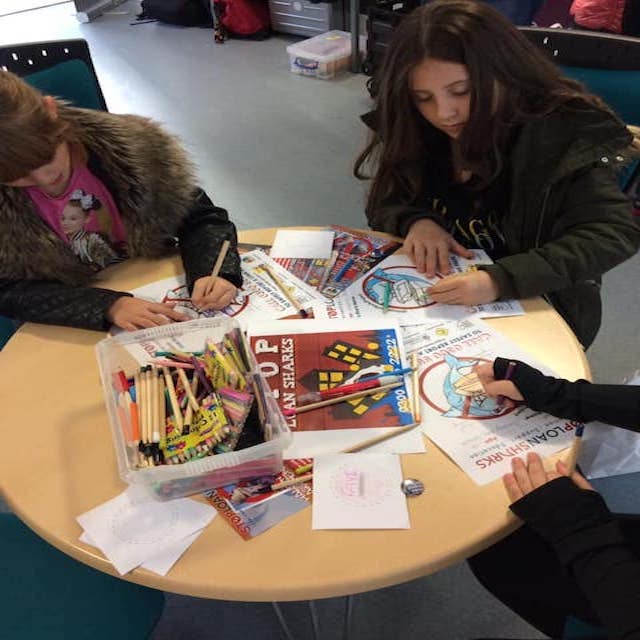 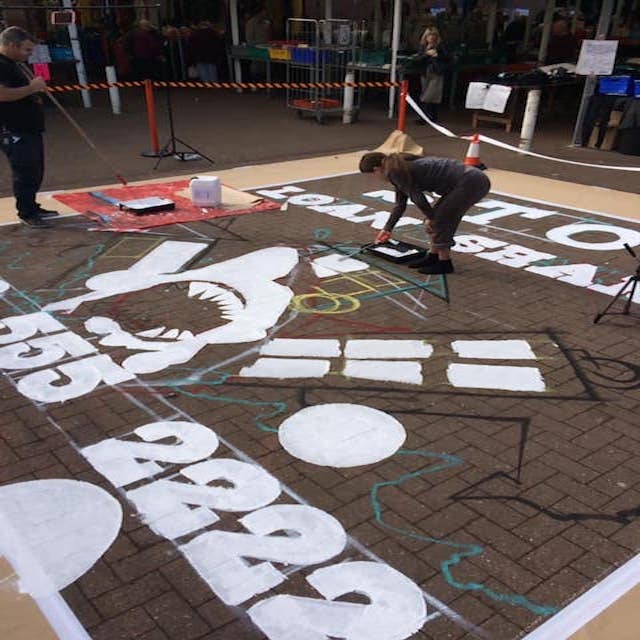 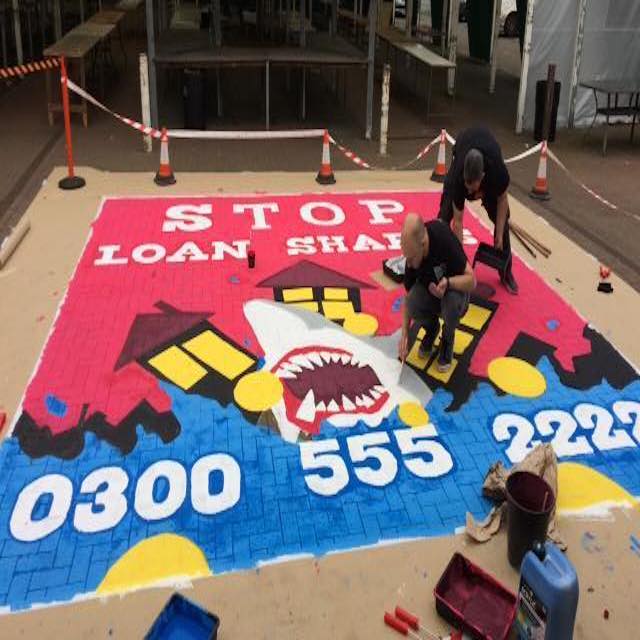 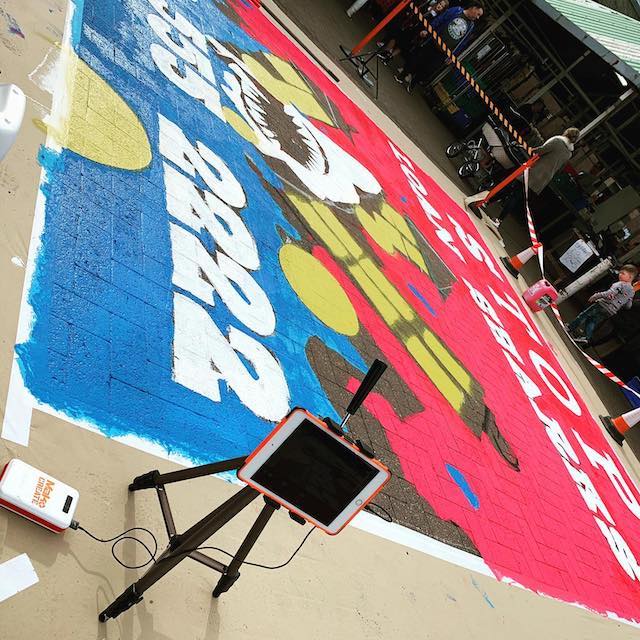 “This was such an exciting project for MakoDigital Arts CiC to be involved in. It was great to work with local school children to highlight the dangers of illegal money lenders and the children worked hard to create some amazing designs which were incorporated into the final mural.”

For more details on what you can do to combat Loan Sharks, what support networks are available and how you can anonymously report them.
Click Here