New iPad Just Around The Corner?

Big news from Apple regarding a new iPad is rumoured to be just 1 week away.

TAIPEI (Asian suppliers for Apple) have started mass production of a new tablet computer that is smaller than the current iPad. Executives at component makers said, as the Apple tries to stay competitive against tablets from rivals such as Google and Amazon, the alleged smaller tablet will have a 7.85-inch liquid-crystal display with a lower resolution than the iPad 3, which was released in March. 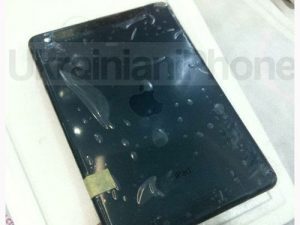 The screen on the current iPad measures 9.7 inches diagonally, a size that hasn’t changed since the first model was released in 2010. It comes as no surprise that Apple are willing to change their winning configuration with new iPad releases. Across their range of products they tend to offer a 3 tiered structure to cater for various consumer types. Take the latest family of iPods for example –

Who really needs another new iPad?

A smaller “Nano” version of the iPad may afford Apples tablet technology to a whole new market of users who are looking for a cheaper, more mobile version of the current iPad. Google in July introduced the Nexus 7, with a 7-inch screen and a price of £199. Amazon last month released the latest models of its Kindle Fire tablets, with the entry-level model priced at £155. Apple’s current iPad, released in March, starts at $499, so it’s obvious that a smaller tablet could help Apple stay competitive in this market.